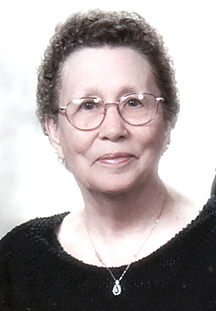 Mrs. Jewel Brown, an 87 year old homemaker of the Horseshoe Bend Community, died at 11:30 p.m. Thursday evening at the Concordia Health and Rehabilitation Center in Carthage where she had made her home since March 31, 2015. She was pronounced deceased by Kindred Hospice of Cookeville at 12:55 a.m. Friday morning June 1, 2018.

Bro. Claude Henley and Mrs. Brown’s pastor, Bro. Wallace Caldwell, officiated at the 1 p.m. Monday afternoon funeral services from the Carthage Chapel of Sanderson Funeral Home. Burial followed beside her husband in the Garden of the Cross at Smith County Memorial Gardens.

The eighth of nine children of the late Jonah Coffee and Sehrilda Scott Coffee, she was born Ivory Jewel Coffee on September 12, 1930 in the Fairview Community northeast of Gainesboro toward Hilham.

She was united in marriage by Carthage Justice of the Peace and Western Auto Store owner H. H. White on April 25, 1951 to Hilham Community native Elmer Dewey (Barrel) Brown, a longtime clerk at Smith County Hardware. He preceded her in death on May 11, 2004 at the age of 76.

Mrs. Brown was saved at an early age and was a member of the Elmwood United Methodist Church.