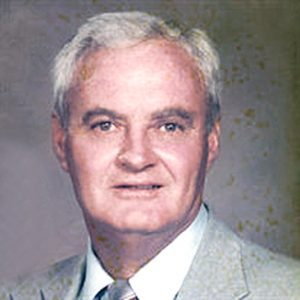 A memorial service for Mr. Kenneth Carter, age 87 of Algood, will be held Saturday, June 9th at 1:00 p.m. at Algood United Methodist Church. Rev. Albert Willis will officiate. His cremated remains will be returned to the Carter Family Farm in Dekalb County at a later date.
Mr. Carter’s family will receive friends Saturday from 11:00 a.m. until service time at the church.
Mr. Carter died Sunday morning, June 3, 2018 at Signature Healthcare of Putnam Co. in Algood.
He was born August 8, 1930 in the Temperance Hall community of Dekalb Co., TN to the late Charles Carter and Ocia Mason Carter. He attended Temperance Hall School and was a 1950 graduate of Gordonsville High School.
Kenneth is fondly remembered for his tireless work ethic, from early days on his family’s Grade A Dairy Farm, to his 17 years with Middle TN Natural Gas from which he retired in 1995. He was especially skilled at building fences on the farm and enjoyed bird hunting and working with horses. An avid gardener, he shared the majority of his crops with friends and neighbors. He loved to help people and joking with people.
He was a longtime member of Temperance Hall Methodist Church and has been a member of Algood United Methodist Church since moving to Algood in 2009. He continued to bring joy to people as he built many birdhouses for friends and neighbors and warmly greeted passer-bys from his front porch seat with a wave.
In addition to his parents, he was preceded in death by a sister, Elaine McDonald and brother, John Mason Carter.
He is survived by his adoring family, his wife of 64 years, Nadene Rice Carter; son, Richard (Lucinda) Carter of Dekalb Co.; daughters, Karen (Terry) Foutch of Algood and Lisa Carter of Cookeville; grandchildren, Derek (Kelley) Carter, Kari Carter, Hillary Foutch, Olivia Foutch, Parker Foutch and Ella Jane Foutch; great grandchilren, Brayden Carter, Jace Carter, Kye Carter and Keeleigh Carter; and nephews, Byron (Pam) McDonald of Mt. Juliet and Mason Lee (Pam) Carter of Liberty, TN.
In lieu of flowers. memorial contributions may be made to Algood United Methodist Church, 135 W Main St., Algood, TN 38506.

Arrangements under the direction of Hooper Huddleston and Horner Funeral Home, Cookeville.
This notice provided as a courtesy to the Carter Family.
BASS OF GORDONSVILLE
Posted in Obituaries