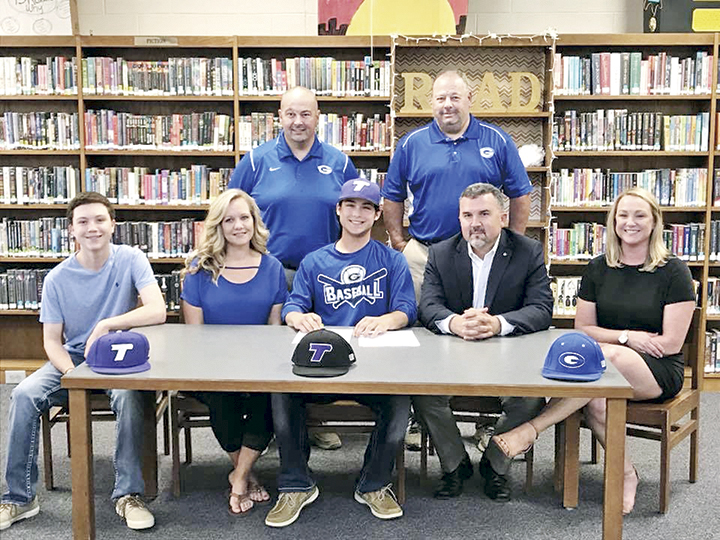 Gordonsville High baseball pitcher Hunter Davis decided to continue his career on the diamond last week. Davis signed with Trevecca Nazarene University in Nashville. “I felt like it was a really good fit academically and I really enjoyed visiting the campus,” said Davis. “It is a very pretty campus and it is a Christian school. So, getting the chance to play for a Christian coach was really good.” Davis was a member of the Big Blue baseball team for the past four seasons which included the Tigers reaching the TSSAA (Tennessee Secondary School Athletics Association) State Tournament in three consecutive seasons.

As one of the Tigers’ top pitchers, Davis received several awards and accolades. During his senior season, he was named the District 6A Pitcher of the Year and was selected for the District 6A All-District team. Davis has also been named to the Class A roster for the Mid TN Senior All-Star Classic. The future Trojan was named to the District 8A All-District team after his junior and sophomore campaigns. Following his sophomore season in 2016, Davis was recognized as a Tennessee Baseball Report Super Sophomore. Both of the Trevecca signee’s former coaches, Keith Goolsby and Mac Petty, had high praise for one of the center pieces of the Tigers’ historic three year run.

“I am so proud of Hunter Davis,” said Goolsby. “He has shown himself to be an incredible leader — intelligent and versatile over the past two years I have coached him. I expect him to display prodigious skills at Trevecca. We look forward to his success and expect nothing less then the best in his future college career. I have no doubt He will make the Tiger Nation proud.” Petty helped mentor and develop the pitcher early in his prep career. The former head coach was at the realm of the program during Davis’ freshman and sophomore seasons.