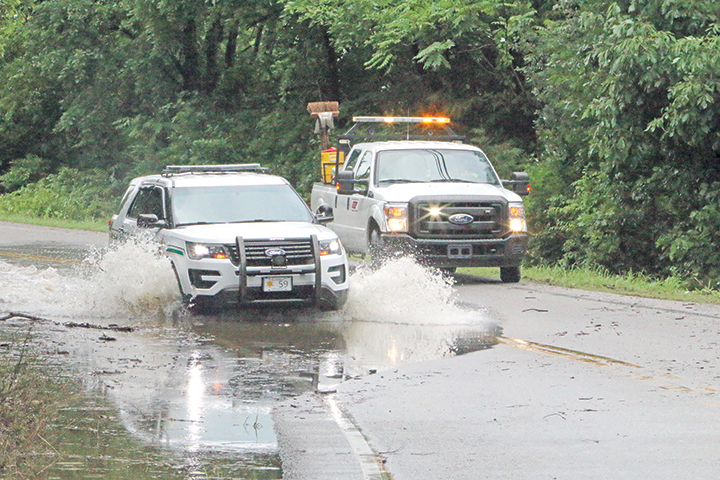 Roadways in some areas of the county were submerged as several inches of rain fell on Wednesday morning (June 28).

However, the county escaped widespread flood damage despite a significant amount of rainfall within a short period of time.

Almost six inches of rain fell during the day in some locations of the county.

In the Watervale area 4.01 inches of rain was record and 3.81 inches in Gordonsville. Other totals included, 2.95 inches in the Rome area and 2.82 inches north of the Defeated community.

The rainfall totals were recorded during a 24 hour period from 6 a.m. Wednesday, to 6 a.m., Thursday.