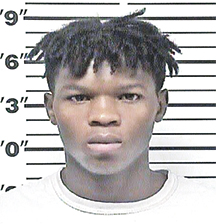 A third and final suspect has been arrested in connection with the April burglary of the Patriot Gun Shop.

Fuller was arrested in Murfreesboro last week and brought back to Smith County.

Fuller had been sought since May when arrest warrants were issued in connection with the burglary and shooting incident.

Fuller is being held in the county jail without bond and is scheduled to appear in general sessions court on Thursday (July 12).