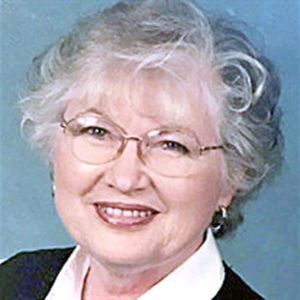 Elsie was born August 26, 1939 in New Middleton, TN, daughter of the late Jake Bradford Stevens and Johnnie Frances Knight Stevens. She was also preceded in death by Brother; George Madison Stevens. Elsie was a 1957 graduate of Gordonsville High School. After high school she did clerical work and also performed duties as office manager. Elsie married Hugh Minchey in May of 1971. After their marriage Elsie and Hugh co-owned and operated Minchey’s Landscaping for many years. She was a longtime member of Fairview Baptist Church in Lebanon, TN, and in later years attended Lighthouse Church in New Middleton, TN.

Elsie loved and enjoyed her family and ancestral history. She was a faithful worker in her church, always had beautiful flowers, sent handmade cards, enjoyed all the various animals on the farm, loved to travel, excelled as a leader in school and in their landscaping business. Elsie also had a Pride Hollow Bed and Breakfast on the farm for many years.

Funeral Services for Mrs. Minchey are scheduled to be conducted at the Lighthouse Church in New Middleton, TN, on Thursday, July 12, 2018 at 1PM with Bro. Doug Dillard officiating. Interment will follow in the Brush Creek Cemetery.

Visitation with the Minchey Family will be at Lighthouse Church on Thursday from 10AM until service time at 1PM.

The Family requests memorials in Mrs. Elsie’s memory be made to Kindred Hospice, Cookeville.