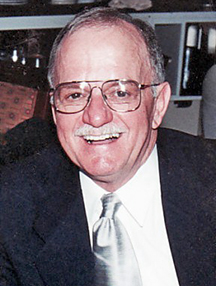 Mr. Robert Key Kemp, age 79, of the Rock City Community died at 5:08 p.m. Wednesday evening July 11, 2018 at his Kennys Bend Lane home after suffering an apparent heart attack. He was pronounced dead at 7:49 p.m. that evening at the Riverview Regional Medical Center E.R. in Carthage.

Mr. Kemp was united in marriage to the former Mary Belle Thompson on September 19, 1959. The ceremony was performed in Huntsville, Alabama by magistrate Ashford Todd.

They were preceded in death by a nephew, Jason Matthew Kemp who died as the result of a motorcycle accident on November 12, 2017 at the age of 27.

Mr. Kemp was an electrician by trade and for forty two years he was a member of the International Brotherhood of Electrical Workers.

For the last thirty two years of his employment he was an electrician for Bridgestone America in LaVergne and retired on December 31, 2008.

On February 19, 1960 he was initiated at the Difficult Masonic Lodge as an Entered Apprentice Mason, passed to the Degree of Fellowcraft Mason on June 16, 1960 and was raised to the sublime degree of Master Mason on July 21, 1960. Bro. Donald L. Williams was the Worshipful Master and Bro. Esker Lee Butler was the secretary.

Mr. Kemp was a former member of the Ardmore United Methodist Church in Ardmore, Tennessee.

The family requests memorials be made in Mr. Kemp’s memory to the Shriners Childrens Hospitals.