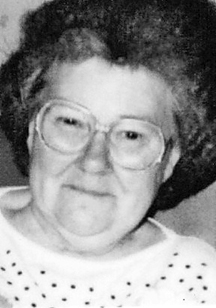 Mrs. Virginia Branham,age 86, of Carthage died at 5 a.m. Monday morning July 16, 2018 at the Sumner Regional Medical Center in Gallatin where she was admitted July 13th.

Edward L. Anderson and her great-grandson Bro. Bro. Spencer Anderson officiated at the 1 p.m. Wednesday afternoon funeral services from the Carthage Chapel of Sanderson Funeral Home. Burial was beside her husband in the Garden of the Cross at Smith County Memorial Gardens.

The youngest of eleven children, she was born Virginia Wrye in Lebanon on April 15, 1932 and was the daughter of the late Jasper Winchester Wrye and Nannie Belle Watkins Wrye.

At the Immanuel Baptist Church in Lebanon she was united in marriage to Lebanon native Raymond Roy Branham who along with his brother Alfred owned and operated the Smith County Welding and Ornamental Iron Co. in South Carthage for many years. Her husband preceded her in death at the age of 53 on March 15, 1984 following only thirty one years of marriage.

Mrs. Branham was a longtime nurse’s aid at the former Smith County Health Care Center, now Concordia, and before retiring in 2010 was employed at Pizza Hut in Carthage for over six years.

Mrs. Branham was a member of the Carthage Church of Christ.