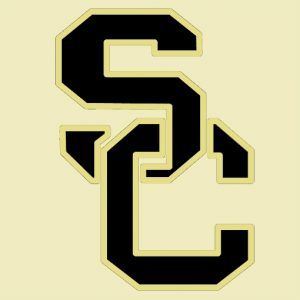 The Smith County High Owls baseball team will have a new leader next spring in first year head coach Gunner Osborne. Osborne inherits a team that is coming off one of its more successful seasons in recent years — making an appearance in the Class AA TSSAA (Tennessee Secondary School Athletic Association) state tournament. The Owls reached the “Final Six” after eliminating one of the tourney’s favorites, Covington ­— but were eliminated by Forrest. “I am very excited going into this,” said Osborne about his first head coaching job. “I am very fortunate for the opportunity.

I am excited to get to know these young men and to disciple and lead them. They are coming off a really good year of going to the state tournament. I am just really looking forward to continuing that and see what we can do to get these guys a state championship ring.” The new face to the high school baseball coaching ranks liked his initial interaction with members of Smith County High. “I met Mr. Towns (SCHS principal), the athletic director and some of the folks at Smith County,” said Osborne.

“It was a really good first impression — they were really interested in getting this program going in the right direction. They were very helpful and very knowledgeable. I can not say enough good about them from what I know so far.” The Smith County High administration has expressed excitement also in the hiring of Osborne. “We’re excited to welcome Coach Osborne to Smith County High School,” said Smith County High Principal Tim Towns. “We are looking forward to him being able to continue and build upon our program’s current and past success — and develop our student-athletes on and off the field.” Osborne is a 2013 graduate of Friendship Christian High School where he was a member of the 2013 Commanders Class A State championship team.