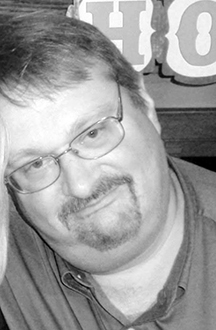 Greg was bron May 30, 1962 in Cincinnati, OH, son of the late Raymond J. Wernke and Ruthanne Hoelker Wernke. He was also preceded in death by his Brother-in-Law; David Lutomski.

On November 11, 2000 he was united in marriage to Vickie Reed, a native of Smith County, at the First Baptist Church, Gordonsville.

In addition to the love and devotion to his family, Greg was also well loved by his many friends.

Celebration of Life Services for Mr. Wernke are scheduled to be conducted from the Gordonsville Chapel of Bass Funeral Homes on Saturday, August 18, 2018 at 1PM with Rev. George Reed officiating.

Visitation with the Wernke and Reed Family will be at the Gordonsville Chapel of Bass Funeral Home on Friday from 4PM until 8PM and on Saturday from 11AM until service time at 1PM.

In lieu of flowers, donations may be made to the Second Harvest Food Bank Middle Tennessee, your local Food Bank, the American Cancer Center, or to the Charity of your choice.