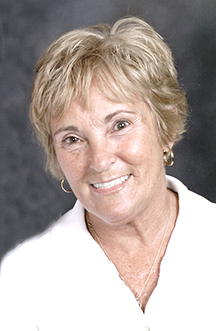 Mrs. Roberta Oldham, age 77, of Lebanon died peacefully at her home at 11:29 p.m. Monday evening September 17th with her family at her bedside.

Funeral services from the Sellars Funeral Home in Lebanon were conducted by her longtime former pastor Bro. Tom Henry on Thursday afternoon September 20th. Burial followed the 2 p.m. services in the Cedar Grove Cemetery in Lebanon.

She was united in marriage to her high school sweetheart, Dixon Springs native Billy Gross Oldham. The ceremony was at the Carthage First Baptist Church on Oct. 23, 1960.

She was a retired data processor in the medical field.

Mrs. Oldham was a 1958 graduate of Smith County High School where she served as editor of the 1958 yearbook, majored in mathematics and foreign languages, was a member of the Smith County High marching band, was a football queen attendant and band queen attendant her sophomore years, was voted the cutest girl in her senior class along with the cutest boy, L. Glenn Pettross.

She was a majorette both her junior and senior years and was a member of the Beta Club.

Mrs. Oldham was a member of the Lebanon First Baptist Church.

Mrs. Oldham was dedicated to her family life and loved swimming, reading, travel and all sports.

The family requests memorials to either the American Cancer Society or Alzheimer Tennessee.

This notice provided as a courtesy to the Oldham family.