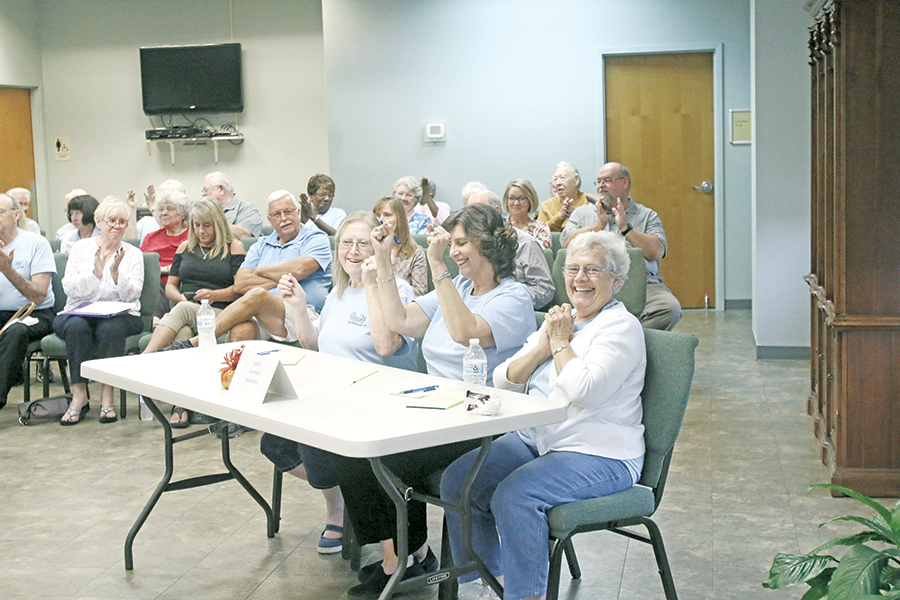 WHIPPER SNAPPERS ON TO STATE

Wednesday, the team defeated Aged to Perfection from Lawrenceburg and the Bellvue Brain Brawlers from the Nashville area to win the mid-state regional competition. The Whipper Snappers will now travel to Jonesboro to represent middle Tennessee in the Senior Brain Game state championship set for October 17. The Senior Brain Game is a competition which tests contestants knowledge through trivia questions.