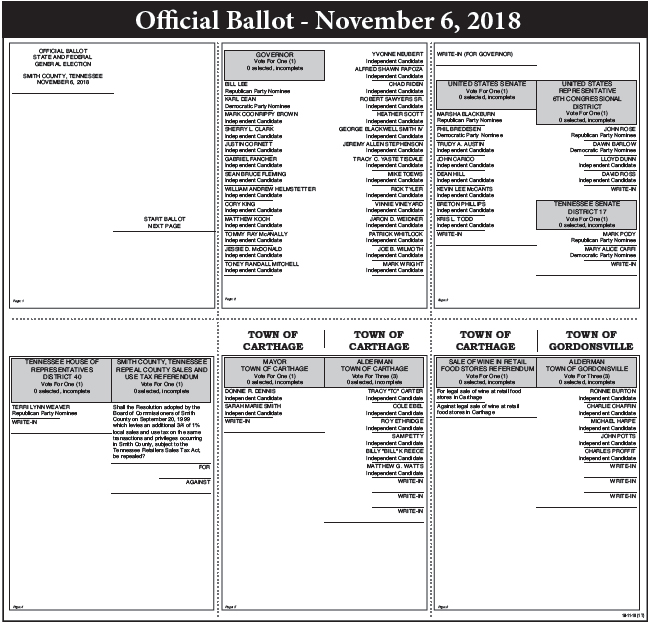 Election officials are looking to spread the word about the November 6 sales tax referendum. Countywide, residents will be voting on the repeal of a three-fourths of a percent sales tax the day of the election.

A few weeks ago, when election officials were in the process of training poll workers for the November election, they discovered few knew about the tax referendum. Rarely do residents get the opportunity to vote for a tax decrease. Generally, referendums on proposed taxes are for increases.

The referendum will be held in conjunction with the November 6 state and city elections. Sales tax issue to this point: In September of 1999, county commissioners approved a resolution increasing the local retail sales tax three-fourths of a percent as a means of helping fund a school building program. In turn, residents approved by referendum in March of 2000 the three-fourths of a percent increase, allowing the legislation to become law.

In recent months, the county commission has been in the process of removing various funding mechanisms which were put in place to fund the school building program approved in 1999.

County officials say enough money has been collected to pay off the school building program debt in June of next year.

READ MORE AND SEE THE SAMPLE BALLOT FOR THE NOVEMBER 6TH ELECTION IN THIS WEEKS COURIER!