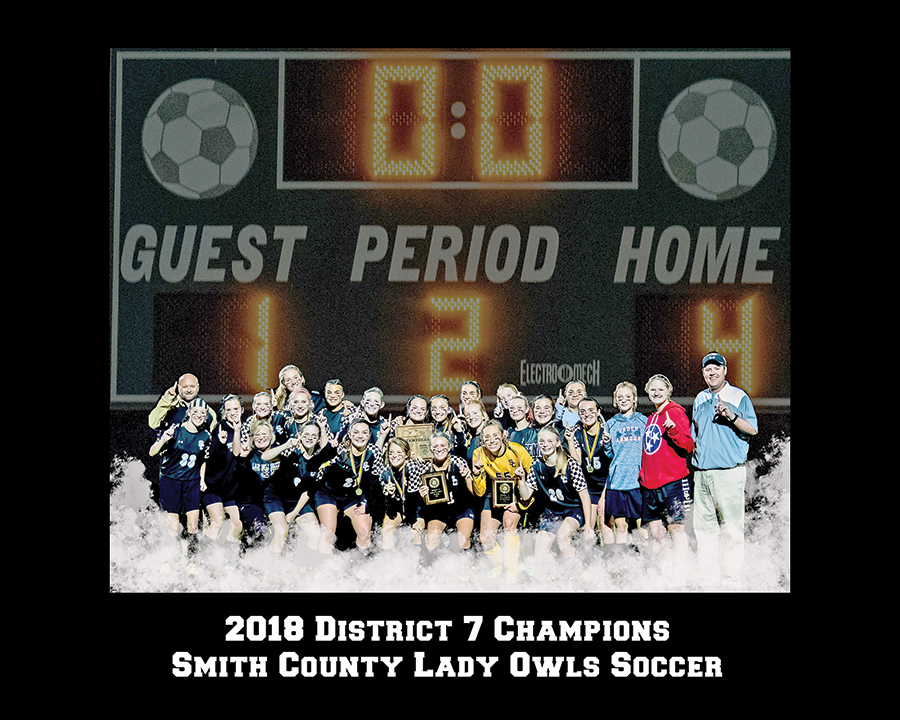 York secured their place in the championship game by taking down Watertown 8-1. Then, Smith County took the pitch with Cannon County. These two played each other last year in the semifinals where The Lady Owls won 3-0. This year the Lady Owls took their place in the championship game by beating Cannon 6-0. Smith County showed up with goals from Mallory Dillon with one, Kaytlin Patterson with one, Delaney Eldred with one, and Maijala Harrelson logged another hat trick with three.

The Smith County defense showed up strong against Cannon, logging a shut-out. All 24 Lady Owls had time on the pitch and played, as always, as “One Team.” Thursday, October 11 was the district championship game with Smith County battling York for the title. The sidelines were packed. The Pride of the Upper Cumberland Band showed up to lend their support and gave a great performance as well as they brought spirit to the crowd and team. These two teams came to win, however, there can be just one champion.

Smith County won the title by a score of 4-1. Maijala Harrelson had one and Kaytlin Patterson showed up with three goals for a hat trick. After the game, the district awards were handed out. The Lady Owls were well represented with the Goalie of the Year, Kayla Starling, the District MVP, Kristen Shoulders, First Team included Kaytlin Patterson, Maijala Harrelson, Samantha Lewis and Shyenne Newton. Second team included Mallory Dillon and Avery Schoolfield.