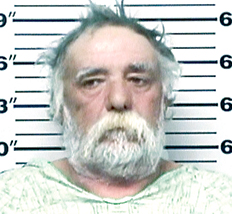 A trial date has been set for a man accused of firing at law enforcement officers after allegedly shooting his wife. Stacey Lee Nash, 55, Grant, was initially charged with one count of criminal attempt to commit first degree murder in November of 2017.

During a special session of the grand jury in February of this year, a seven count indictment was returned charging Nash with seven counts of attempted first degree murder for allegedly firing at seven law enforcement officers.

Nash also faces charges for shooting at his stepson and stepson’s girlfriend. Nash’s trial is set to begin December 11. The trial date was set by Judge Brody Kane, Thursday. Law enforcement authorities were called to a domestic incident on Tribble Lane in the Grant area where a female had been shot in the stomach.