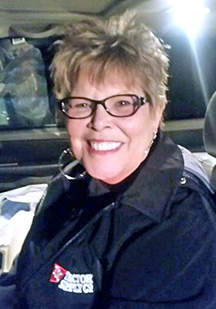 Born Cynthia Lou Johnson in Carthage on April 20, 1959, she was one of three daughters and one son of former Upper Cumberland Electric Membership Corporation manager Lelon Cantor Johnson who died December 29, 1974 at the age of 50 from a brain tumor and Ara Madge Stanton Johnson Tramel who died March 5, 2015 at the age of 86.

Mrs. Conaway was preceded in death by her husband John F. Conaway who died in April 25th of 2016.

Mrs. Conaway was a 1977 graduate of Smith County High School and for two years attended Tennessee Technological University in Cookeville.

She was a longtime employee of the aviation department of Nortel Networks, where she met John, the love of her life.

For the past five years she was employed at the corporate headquarters of Tractor Supply Co. in Brentwood in the Human Resources department.

Cindy possessed an infectious smile and was a giving individual to anyone with whom she came in contact with.

Her love for animals was widely known as evidenced by the joy she received from her two 80 lb. labs. Bob and Bailey who were constantly with her during her illness and passing.

Mrs. Conaway was baptized into Christ at the Carthage Church of Christ as a teenager and throughout her adult life had remained faithful to the Lord’ church.

The Conaway family requests memorials to either Sherry’s Run, the Autism Society or the Nashville Second Harvest Food Bank.

This notice provided as a courtesy to the Johnson family.