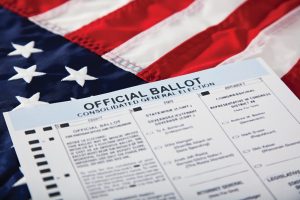 OVER HALF OF VOTERS EXPECTED TO EARLY VOTE

The number of residents voting early in the November 6 election is expected to eclipse the three thousand mark this week. Through Saturday, 2,657 residents had voted early in the election. Since early voting began on October 17, during full day sessions, anywhere from 208 to 370 residents have voted early.

As an increasing number of residents continue to take advantage of early voting, more than half of those planning to vote in the November 6 election will have voted before election day. In this summer’s county general election and Democratic and Republican primary elections 3,161 residents voted early, compared to 2,311 on election day.

Early voting got off to a fast start but slowed some this past week.

READ MORE & VIEW THE BALLOT FOR THE NOV. 6 ELECTION IN THIS WEEKS COURIER!