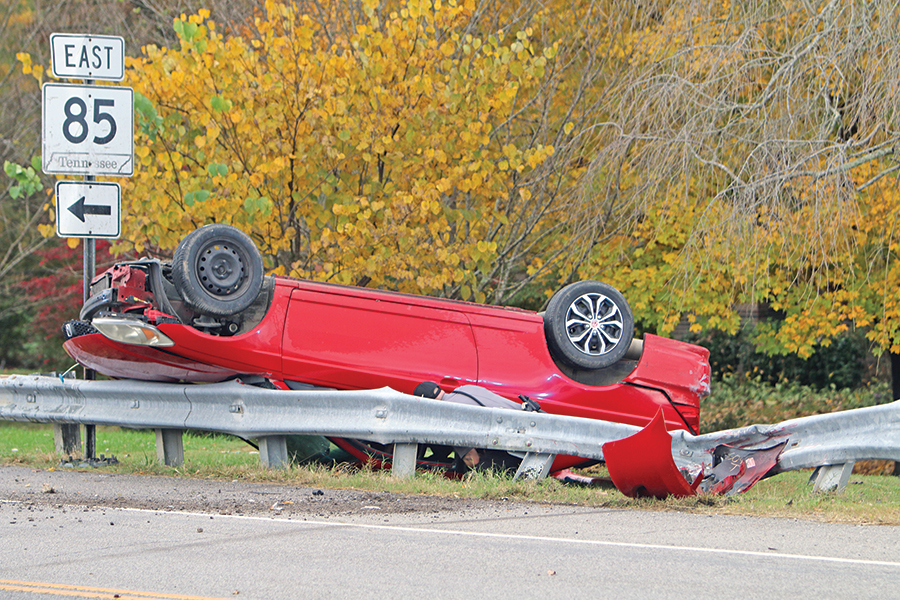 A Dixon Springs man attempting to evade police ended up flipping his vehicle in the Four Way Inn community. The man was not seriously injured but faces multiple charges.

The driver was clocked traveling 84 mph in a 55 mph speed zone, according to an offense report filed by Deputy Bellar. The deputy activated his emergency equipment and attempted to catch up with the vehicle.

The driver of the vehicle, identified as Jesse Washer, 19, Dixon Springs, was in the driver’s seat, restrained by his seat belt when Deputy Bellar got to the vehicle.