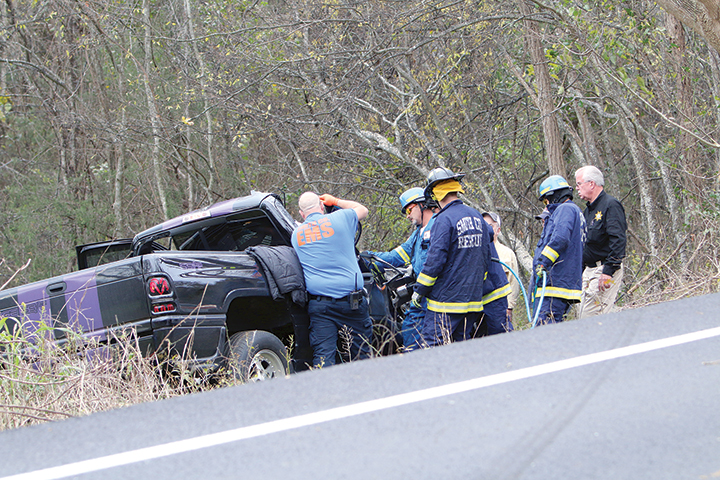 ONE INJURED IN TURKEY CREEK WRECK

One person was airlifted to a Nashville hospital following a single vehicle wreck on Turkey Creek Highway/Highway 263 at 2:17 p.m., Thursday. Injured in the accident was Peggy J. Kemp, 72, Carthage. Kemp was a passenger in a 1998 Dodge Ram pickup truck driven by Nick T. Willmore, 73, Lebanon. Willmore was not injured.

The accident was a few yards before the Carthage water tank located near the foot of a hill. The highway was temporarily shutdown while rescue and ambulance personnel were on the scene. The two were wearing seatbelts at the time of the accident. The wreck was investigated by Trooper Troy Withers.