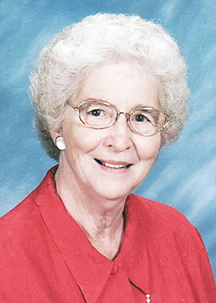 Mrs. Charlotte Ann Owen of the Kennys Bend Community died at the age of 83 at 1:35 p.m. Wednesday afternoon November 28, 2018 just eleven weeks and two days following the death of her husband of over sixty eight years. Mrs. Owen died at the Riverview Regional Medical Center in Carthage where she was admitted November 10th following a debilitating stroke.

Her longtime pastor, Eld. Junior Dickerson, officiated at the 3 p.m. Sunday afternoon December 2nd funeral services from the Carthage Chapel of Sanderson Funeral Home. Burial followed beside her husband in the Garden of Gethsemane at Smith County Memorial Gardens.

On August 5, 1950 she was united in marriage to Rome Community native John Clasken (J. C.) Owen who preceded her in death on September 10, 2018 at the age of 86. The marriage ceremony was in Rossville, Georgia and was performed by Minister George W. McClure.

From 1954 until their retirement on May 14, 2014 the Owen family owned and operated the J. C. Owen Lumber Co. which operated in the city of South Carthage on what would later become Cedar Street and ultimately ending their career at the former Oldham Rock Quarry in the Rome Community.

Mrs. Owen was in charge of the bookkeeping for the firm as long as her health permitted.

She was saved in July of 1948 at age of 12 and was baptized into the full fellowship of the Plunketts Creek Missionary Baptist Church on July 29, 1948 by Pastor G. A. Gregory where she remained a member until death.

of Petal, Mississippi and Marion Midgett of Mt. Juliet.