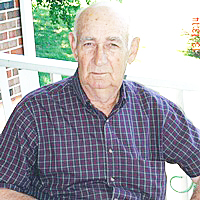 Born Sept. 10, 1929 in Smith County, he was the son of the late Earl and Ona Dedman Eastes. He was preceded in death by his brothers, Ray, Frank, Doyle and James Eastes.

Graveside services and interment were held at 11 a.m. Friday, Nov. 30, 2018 at Wilson Co. Memorial Park in Lebanon. Friends and neighbors served as pallbearers.