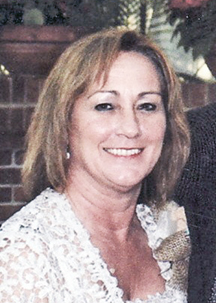 Mrs. Joyce Comstock age 59 of the Maggart Community died at 9:55 p.m. Thursday evening December 6, 2018 at her Maggart Road home with all her family at her bedside. She was pronounced deceased at 11:16 p.m. by Kindred Hospice who had been attentive to her care in her final days. Mrs. Comstock died from cancer from which she diagnosed May 7th of this year.

Funeral services were conducted on Sunday afternoon December 9th from the Carthage Chapel of Sanderson Funeral Home before an overflow crowd with her pastor Bro. Dickie Johnson and Bro. Gary Wix officiating. Following the 1 p.m. services burial was in the Dickens Cemetery in the Maggart Community with her brother-in-law, Jeff Hackett officiating.

One of six children of the late Cecil Odell Smith and Edith Virginia Crook Smith, she was born Joyce Faye Smith in Detroit in Wayne County, Michigan on June 13, 1959.

She was preceded in death by a sister, Barbara Smith Horton and a brother, Roger Dale Smith.

In July of 1991 she was united in marriage at the Pleasant Shade Upper Cumberland Presbyterian Church, by then pastor Eld. Charles Jones, to Graveltown Community resident Kevin Emerson Comstock.

Mrs. Comstock was a twenty nine year employee of the William L. Bonnell Co. in Gordonsville, having begun employment in 1989.

Mrs. Comstock was of the Freewill Baptist faith and was saved and baptized on Bettys Island on July 11, 1976. She attended the Chestnut Mound United Methodist Church with her husband who is a member.

Surviving in addition to her husband is a son, B. J. Comstock of Lebanon; three sisters, Pamela Smith Caudill and husband David, Donna Smith Thackxton, Nancy Smith Agee all of Carthage; several nieces and nephews.

The family requests memorials to either the Dickens Cemetery Mowing Fund or the Chestnut Mound United Methodist Church.