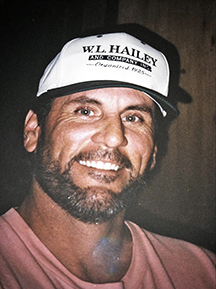 Mr. Steve McCrary of the Defeated Creek Community died peacefully in the presence of his family at his Lakeside Drive home at 5:26 p.m. Thursday afternoon December 6, 2018 under the care of Caris Hospice. Mr. McCrary was 59.

Mr. McCrary was at the Carthage Chapel of Sanderson Funeral Home and was cremated at Cumberland Family Services in Algood. A memorial service and celebration of Mr. McCrary’s life will be remembered at The Carver Barn in the Defeated Creek Community on March 17, 2019.

Born Steven Craig McCrary in Smyrna in Rutherford County on April 7, 1959, he was one of three children of Mrs. Shirley Ann Estes McCrary Harrison of Smithville and the late Jack McCrary.

On October 10, 1992 in Madison he was united in marriage to the former Sandra Dee Lee.

Mr. McCrary proudly served our country with the United States Army and was honorably discharge at Fort Campbell, Kentucky on June 17, 1978.

For his service he was awarded the Air Assault Badge, Hand Grenade Expert Badge and M-16 Marksman Badge.

Mr. McCrary was a crane Operator for Sentry Steel and retired due to his health.

The McCrary family moved to Smith County in 2002.