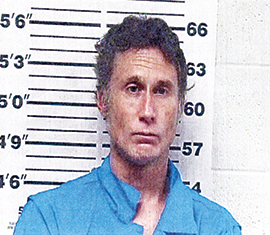 A man faces aggravated rape charges for allegedly holding a woman at gunpoint, strangling and raping her in a vehicle at the Smith County Welcome Center in Buffalo Valley.

While the alleged attack occurred in Smith County, it was initially reported to police in Asheville, North Carolina hours after the incident.

The local investigation began on November 14 when sheriff’s department Sgt. Kendra Grisham was alerted of the alleged assault by an Asheville, North Carolina Police Department detective.