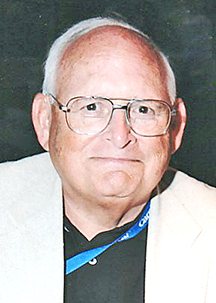 Mr. Charles “Satch” Beasley, a southern gentleman with a little boy charm, was pronounced dead at 5:25 p.m. Wednesday evening December 12, 2018 at the Riverview Regional Medical Center in Carthage after suffering an apparent heart attack at his Rome Road home in Dixon Springs.

Mr. Beasley had just been discharged from the Sumner Regional Medical Center in Gallatin on Wednesday afternoon where he was admitted December 1st. He died upon entering the family home after returning to his beloved Sunlit Hill farm in Dixon Springs. Mr. Beasley was 73.

Graveside services were conducted on Saturday afternoon December 15th at 1 p.m. with Rev. Monica Mowdy, pastor of the Carthage United Methodist Church officiating. Burial followed on the Beasley family lot in the Beasley-Brooks section of the Dixon Springs Cemetery.

Born Charles Maxey Beasley on April 9, 1945 at the old St. Thomas Hospital on Church Street in Nashville, he was one of three children of the late U. S. Navy Lieutenant Jesse Beasley and Pauline Elizabeth “Polly” Beasley who died at the age of 81 on January 22, 2000.

Satch’s father died while on a mission and was a cold war casualty of the Korean War on January 24, 1954 at the age of 34 and is memorialized in the Arlington National Cemetery in Washington, D.C. and was also a veteran of World War II. Satch never gave up hope of recovering his Father’s remains, a search that continued until the day he died. Lt. Jesse Beasley was posthumously awarded the “Purple Heart”.

His Mother, “Miss Polly” a Nashville native, was an Army Nurses Corp nurse during World War II and was stationed at Camp McPherson, Georgia and as a registered nurse at the former Smith County Hospital taught the first nursing class beginning in January of 1967 in Smith County having graduated that class in the spring of 1968.

Mr. Beasley attended Smith County High School thru his sophomore year where he played football on the varsity squad and his junior year transferred to the Webb School (a college preparatory school) in Bell Buckle, Tennessee where he graduated in 1963.

In 1994 he graduated with a Bachelor of Science degree from the University of Tennessee.

At their Sunlit Hill farm home on August 15, 2014 he was united in marriage his childhood friend and soul-mate, Memphis native, the former Rose Ann Langfur. The ceremony was presided over by Attorney Jade Mayberry.

Satch always had a trick or mischievous joke up his sleeve.

He enjoyed keeping his farm in pristine condition and had a passion for his farm equipment and old tractors, His Sunlit Hill farm is the second oldest farm in Smith County.

He had a passion for flying, was an avid aviator and maintained a plane, hangar and runway on his farm. He was a licensed pilot and also a certified airplane mechanic.

He was a retired corporate pilot for Corrections Corporation of America.

Satch will be sadly missed and lovingly remembered by all his many friends and relatives.