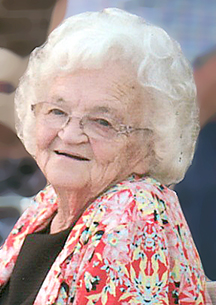 Mrs. Rozell Driver of the Pea ridge Community died at the age of 81, at 11:28 p.m. at Sumner Regional Medical Center in Gallatin. She died nine days before her Christmas Eve birthday when she would have turned 82.

On Friday night June 20, 1958 at the home of Marvin and Virginia Driver Lynch in Carthage, she was united in marriage to Dekalb County native, Alex Edward Driver who preceded her in death on May 23, 2018 at the age of 79.

She retired from Magna Tech in 1996 following a career working at the former Carthage Shirt Corporation, Texas Boot and Genesco.

Following retirement she baby sat for children of the community and her grandchildren.

Mrs. Driver was saved at the age of 13 in 1950 and was baptized into the full fellowship of the New Macedonia Missionary Baptist Church on Pea Ridge in 1951.