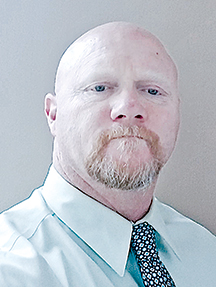 Last Thursday, Smith County High School introduced a new head coach for the Owls’ football program. Scott Murray, a 1990 graduate and former football player for the Black-and-Gold, was selected to lead the Smith Co. High football program. Murray explained how attaining the position and returning to his alma mater has been a goal in his career. “My senior year (at Smith County High) was 1990 and I went to college at Cumberland University and ever since I walked on that campus and left here — I knew I wanted to come back,” said Murray.

“It has been my goal and it has been my dream for a long time now, longer than most of these young men have been alive — they do not realize it yet. This has absolutely been my dream.” Smith County High conducted an arduous search to find a new head coach for their football team after Mike Dickerson resigned from the position in early November. The school’s administration discussed what factored into their decision.