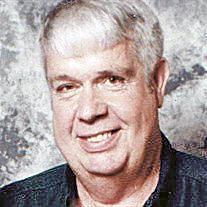 Mr. Shores was born July 18, 1950 in Guntersville, AL, a son of the late Eddie Vernon Shores and Dessie Lee Hodges. He was also preceded in death by Brother; Billy Gene Shores. Mr. Shores was a graduate of Arab High School in Alabama. Following high school, he graduated from the Naval Academy in Orlando, FL. He served his country in the U.S. Navy and spent time on the USS Coral Sea.

Mr. Shores married Nickie Abrahan on September 15, 1977. He retired as a truck driver and worked for Schneider Trucking for over 20 years. Mr. Shores received the Million Miles Driver Safety Award.

Funeral Services for Mr. Shores are scheduled to be conducted from the Gordonsville Chapel of Bass Funeral Homes on Sunday, December 30, 2018 at 2PM with Bro. Frank Bratcher officiating. Interment will follow in the Gordonsville Cemetery.

Visitation with the Shores Family will be held at the Gordonsville Chapel of Bass Funeral Homes on Saturday from 3PM until 8PM and on Sunday from 10AM until service time at 2PM.