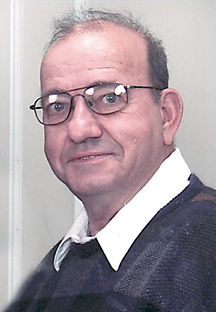 Mr. Bobby Huff age 79 of Chestnut Mound died at 12:20 p.m. Saturday afternoon January 26, 2019 at the Signature Health Care in Algood where he had been residing temporarily since January 8th.

The Huff family will receive friends only on Saturday from 11 a.m. until the services at 1 p.m.

At the New Macedonia Missionary Baptist Church on October 8, 1963 he was united in marriage to the former Jean Ward, a St. Mary Hollow Community resident. The ceremony was officiated by Eld. Charles Allen Gentry.

Mr. Huff was a 1957 graduate of Smith County High School. It was said of him in the ’57 yearbook: “He never had much to say, he just worked and went his way.”

He majored in agriculture all four years and served as reporter and treasurer and attended the FFA Convention his sophomore year and was a member of the Latin Club his freshman and sophomore years.

After graduation he farmed full time for a while and later began employment with Thurston Motor Lines in Nashville, William Hayes Motor Line in Lebanon and then Carolina Freight and before retirement with ABF Freight Lines from which he retired December 31, 1999. At the same time he was pursing his trucking career he continued his love of part-time farming.

Working out of doors on his and Jean’s farm which was part in Smith County and part in Putnam County, was total enjoyment to him.

Mr. Huff loved God and his family, especially the grandchildren and spending time in Pigeon Forge and “the mountains”.

Surviving in addition to his wife Jean of over fifty five years is their son and daughter-in-law, Jason and Amy Huff of Buffalo Valley; siblings, Bill Huff of Lebanon, Robbie Huff Apple and husband Garland of Gordonsville and Tommy Huff of Castalian Springs; sister-in-law, Gladys Huff of Chestnut Mound; ten grandchildren; Jasey Huff of Nashville, Caleb, Kaitlyn, Gabe, Teren, Ella Gray, Liza, Sophie, Finn and Isaiah Huff all of Buffalo Valley. “We will see you in Heaven, Pa.”

The Huff family has requested memorials to the Smith County Backpack program.