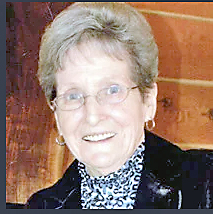 Mrs. Juanita was born May 28, 1942 in Elmwood, TN, a daughter of the late Jilson Sircy and Eva Avo Woodard Sircy. She married David Lee Bennett on April 11, 1964 and he preceded her in death on June 22, 1984. Mrs. Juanita was also preceded in death by Siblings; Fritz Sircy, Mary Preston, L.B. Sircy, Lecil Sircy, Martha Givens, and Edward Sircy. She worked for Texas Boot and later for Toshiba. Mrs. Juanita was a member of the Carthage First Free Will Baptist Church. She married John Selph on June 22, 1999.

Funeral Services for Mrs. Selph are scheduled to be conducted from the Gordonsville Chapel of Bass Funeral Homes on Saturday, February 2, 2019 at 2PM with Bro. Craig Mahler and Bro. Frank Bratcher officiating. Interment will follow in the Gordonsville Cemetery.

Visitation with the Family will be at the Gordonsville Chapel of Bass Funeral Homes on Friday from 3PM until 8PM and on Saturday after 10AM until service time at 2PM.

The Family requests memorials in Mrs. Juanita’s memory be made to the Carthage First Free Will Baptist Church.