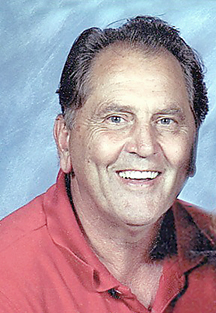 Graveside services were conducted Saturday afternoon February 16th at 3 p.m. with his minister. Barry Holt officiating. Interment followed in the Gregory family lot in the Beasley-Brooks section at the Dixon Springs Cemetery.

A Celebration of Life was Sunday afternoon February 17th at 2 p.m. from the Greater Nashville Church on Murfreesboro Road in Nashville where Mr. Gregory and his wife were members.

On April 12, 1964 he was united in marriage to Carthage native Jean High, the daughter of the late Elisha and Shirley Sloan High.

He was a 1962 graduate of Trousdale County High School where he was a member of the Yellow Jackets football team.

In 1972 he received an undergraduate degree in Chemistry and Biology from Belmont University in Nashville and in 1974 received a Masters in Medical Technology from Vanderbilt University.

Not enjoying employment in the medical field and possessing a natural personality for a sales person, he sold commercial trucks for Peterbilt in Nashville before joining the sales team at Neely-Coble Freightliner in Nashville where he retired in January of 2017.

Surviving in addition to his wife are their two children; a daughter, Connie Gregory and a son Mike Gregory both of the Cato Community; two grandchildren, Hunter and Tiffany Gregory; three great-grandchildren, Caden, Casen and Cainen Potter.

The Gregory family requests memorials to either the Greater Nashville Church or their mission work, HOPE world wide.