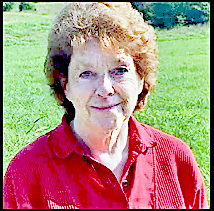 Mrs. Farley was born September 26, 1944 in Blue Ridge, GA, the daughter of the late Ed Amos Patterson and Virginia Louise Caldwell. She was also preceded in death by Son; Keith Alan Farley. Mrs. Patsy married Spencer Farley on September 5, 1986. She graduated from Georgia State University with a Bachelor’s Degree in Nursing and worked as a Registered Nurse for many years. Her last job was as nurse for the Jackson County School Sytem, overseeing nursing duties at four schools.

The Family will hold private services.