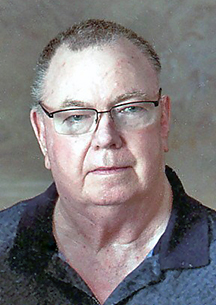 Mr. Patrick Cowan of the Dillards Creek Community died peacefully at 1:30 p.m. on Wednesday afternoon February 13, 2019 at his CY Lane home with his loving family at his bedside. His cause of death was congestive heart failure although he had been diagnosed with and endured Parkinson’s disease since 1991. He was pronounced deceased at 2:23 p.m. by Kindred Hospice of Cookeville, who had been loving caring for him along with his family since being discharged from Tennova Health Care in Lebanon on Monday February 11th. Mr. Cowan died nine days before his 72nd birthday.

Funeral services from the Carthage Chapel of Sanderson Funeral Home were conducted on Saturday afternoon February 16th at 1 p.m. Mr. Cowan’s former pastor Eld. Kenny Hensley and his present pastor Eld. Dewey Dyer officiated at the services and burial followed in the Garden of Gethsemane at Smith County Memorial Gardens.

Born Patrick Michael Cowan on February 22, 1947 in the Dillards Creek Community, he was the eldest of nine children and was the son of the late Patrick Travis Cowan who died on April 4, 1983 at the age of 60 and Helen Frances Trawick Cowan who died April 19, 2009 at the age of 83.

Mr. Cowan proudly served our country with the United States Army during the Vietnam war and was honorably discharged with the rank of Sargent from all military obligations on May 9, 1968.

Mr. Cowan was saved and baptized and was a member of the Chestnut Mound Missionary Baptist Church where he served as a Deacon until his death.

In September of 2002 he retired from the Ross Gear Division of T.R.W. in Lebanon where he had been employed for almost thirty seven years and began employment there on November 1, 1965 and had received credit for his military service.