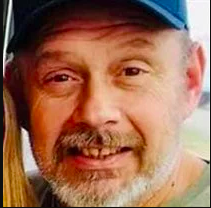 David was born August 9, 1966 in Crossville, TN, a son of Janice Marie Lewis Bryant and the late Robert Haskel Bryant. He worked for Rogers Group for a long period of time and spent most of his time doing underground mining. David was a great storyteller. He loved the outdoors, animals, and playing with his children and later his grandchildren. He served his country in the United States Navy for 16 years and was very proud of his two sons serving in the military; Eli in the United States Marine Corps and Caleb in the United States National Guard.

Funeral Services for Mr. Bryant are scheduled to be conducted from the Gordonsville Chapel of Bass Funeral Homes on Wednesday, March 6, 2019 at 1PM.

Visitation with the Family will be at the Gordonsville Chapel of Bass Funeral Homes on Tuesday from 4PM until 8PM and on Wednesday from 11AM until service time at 1PM.