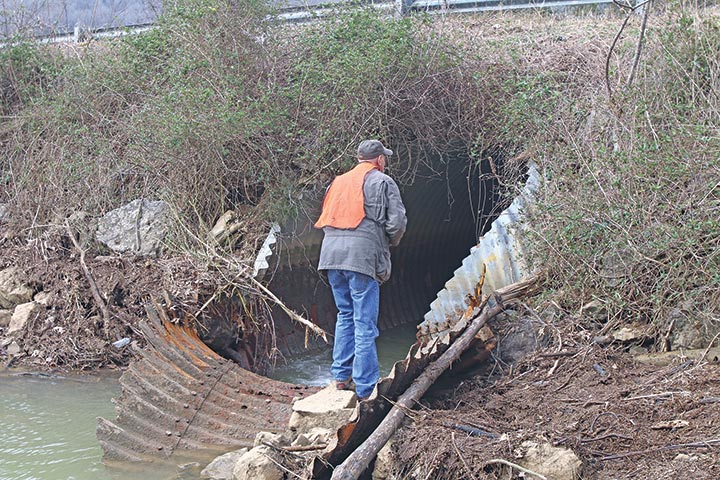 The drain tile runs underneath Lakeside Drive and was installed several years ago by the U.S. Army Corps of Engineers when the Cordell Hull Lake was impounded. The county road department has already paved over a section of roadway which is sinking and there are replacement plans.

Because of safety issues, Road Superintendent Steve Coble contemplated closing the road which would have resulted in a significant detour for residents living south of the area including the McClures Bend community. After consulting residents and others, Coble has decided to keep the road open.

Coble said closing the road would create a hardship for the residents, emergency services such as fire, ambulance and police and the school transportation department.