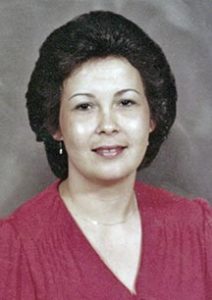 Mrs. Brenda Thrower, a homemaker of Carthage, died at 2:25 a.m. Tuesday morning March 19, 2019 at the Sumner Regional Medical Center in Gallatin. She had been hospitalized since February 14th being treated for colon cancer. Mrs. Thrower was 70.

Her pastor, Eld. Van Mathis, officiated at the 1 p.m. funeral services which were conducted Thursday afternoon March 21st at 1 p.m. from the Carthage Chapel of Sanderson Funeral Home. Burial followed in the Garden of Everlasting Life at Smith County Memorial Gardens.

On June 16, 1970 at the Smith County Courthouse she was united in marriage to Newnan, Georgia native Roy Lee Thrower, who was one of the original seventeen employees transferred to the new Gordonsville plant in 1967 by the William L. Bonnell Co. of Newnan.

Also preceding them in death was a grandson, Jacob Lance Driver who died on July 11, 1994 at the age of one week old.

Mr. and Mrs. Thrower were preceded in death by their only child, a son, Stacey Lee Thrower who died September 20, 2013 at the age of 40.

She was saved at an early age and was baptized into the full fellowship of the East Carthage Missionary Baptist Church in Eastland Heights where she remained a member until death.