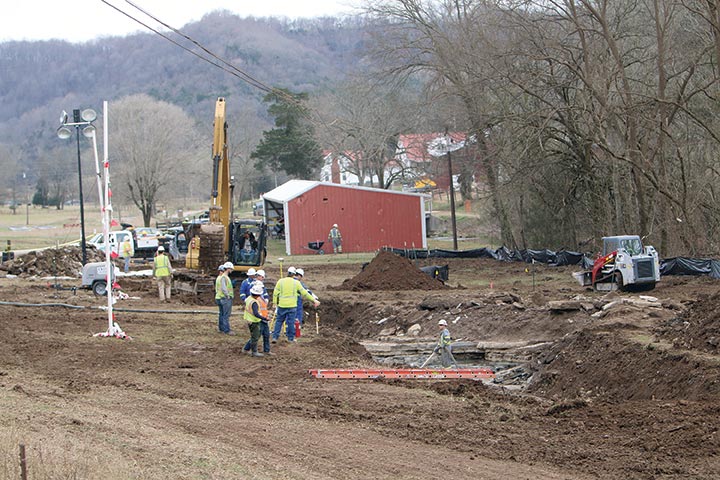 Well over three months after a natural gas pipeline explosion rocked the Pleasant Shade community, an investigation into the cause of the incident continues. While the investigation remains ongoing, an initial report of the incident has been filed with the Pipelines & Hazardous Material Safety Administration (PHMSA), a federal agency in Washington D.C. and primary investigator of the pipeline explosion. Official documents, filed with PHMSA, a division of the U.S. Department of Transportation, lists the incident as a pipeline “rupture”. Enbridge, the Houston, Texas company which owns the natural gas pipeline, provided information for the preliminary report. Enbridge has ruled out “controller error” as a potential cause for the rupture because at the time of the rupture the pressure of the natural gas traveling through the pipeline did not exceed that which the pipeline was constructed to withstand, according to the report. “At the time of the rupture, the amount of pressure on the pipeline was below the maximum allowable operating pressure (MAOP),” the report reads.

“The MAOP for the pipeline was 773 psig. The estimated pressure at the point and time of the incident was 756 psig.” According to the report, the pipeline was monitored by a “Supervisory Control and Data Acquisition (SCADA)” based system and alerted the operator to the problem when the rupture occurred. “The pressure did not exceed the MAOP prior to the failure and thus controller error was not the cause of the failure. When the pressure loss was observed, the controller promptly notified appropriate company personnel to respond to the failure,” the report reads. The official time of the accident is listed 2:09 p.m., December 15 (2018). Documents show the explosion was reported to the National Response Center at 3:50 p.m. on December 15 and the pipeline shutdown at 2:19 p.m. The report also notes 46,436 cubic feet of natural gas were released during the accident. In addition, the report notes 12 people were evacuated due to the explosion.