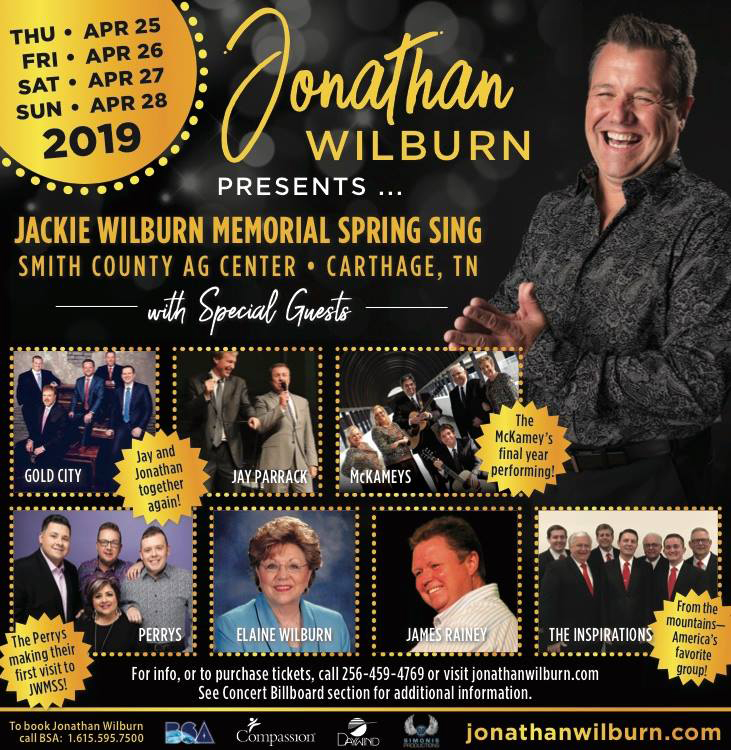 The Wilburn family name has been known for years in the southern gospel music industry. In the 1980s, The Wilburns included, Jackie, wife, Elaine, and their sons. Johnathan Wilburn went on to become a member of Gold City and later formed a duo with his son, Jordan, called Wilburn and Wilburn. More recently, Jonathan Wilburn began a new career as a soloist.

Thursday night’s featured performers include Gold City and Jay Parrack. Friday night’s featured performer is The McKamey’s. The Inspirations will be featured Saturday night. Sunday afternoon’s performance will include The Perrys. Jonathan Wilburn and Elaine Wilburn will perform each night. The week of the event is deemed Southern Gospel Week in Smith County. Entertainment begins at 7 p.m. with the exception of Sunday’s 2:30 p.m. performance.

Admission is $10 at the door. Also, a love offering will be taken. Concessions will be available.