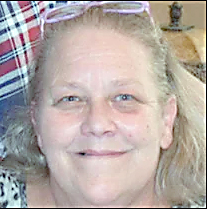 Mrs. Mudd was born on August 18, 1958 in Coatesville, PA, a daughter of the late John Henry and Dorothy Virginia Morrison MacDougal. She was also preceded in death by Daughter; Kristy Lynn Walker on June 11, 2015; Sister; Violet Pratt and a Brother; Danny MacDougal.

Visitation with the Family will be at the Gordonsville Chapel of Bass Funeral Homes on Saturday, June 15, 2019 from 10AM until 12PM.