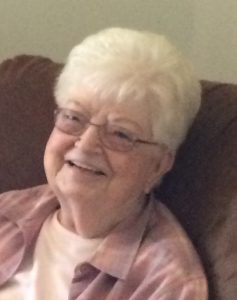 Mrs. Nada Lovatt of the Watervale Community died at the age of 88 at 8:19 a.m. Saturday morning June 1, 2019 at the Concordia Health and Rehabilitation Center of Smith County in Carthage where she had made her home since May 16th.

Mrs. Lovatt and her husband had previously made the decision to be cremated and in keeping with her wishes she will be cremated at Cumberland Family Services in Algood. The family has no memorial services planned.

A native of Stanwood in Mecosta County, Michigan, she was born Nada Ann Burden on August 10, 1930 and was the youngest of six children born to the late Walter and Beulah Higinson Burden.

In Reed City, Michigan on March 31, 1950, she was united in marriage to Fredrick Bruce “Fred” Lovatt and following retirement they purchased a home in the Watervale Community and relocated to Smith County from Clayton, Georgia in 1999.

Mr. and Mrs. Lovatt were preceded in death by their only son, Ronald Fredrick Lovatt who died August 4, 2017.

She later relocated to Coconut Creek, Florida where she was an operator for

A. T. & T. and after the breakup of A.T. & T. into the baby bells, South Central Bell transferred her from Florida to Georgia and they made their home in Clayton, Georgia where she completed over a thirty year career in the tele- communication industry before retiring.

Mrs. Lovatt was of the Lutheran faith.