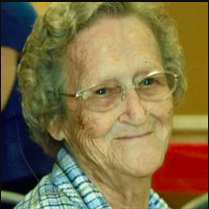 Mrs. Montgomery lived in Old Hickory for over sixty years. She was a long-time member of the Church of God.

Funeral Services for Mrs. Montgomery are scheduled to be conducted from the Gordonsville Chapel of Bass Funeral Homes on Tuesday, June 4, 2019 at 2PM with Bro. Charlie Wills officiating. Interment will follow in the Gordonsville Cemetery.

Visitation with the Family will be at the Gordonsville Chapel of Bass Funeral Homes on Monday from 3PM until 8PM and on Tuesday after 11AM until service time at 2PM.