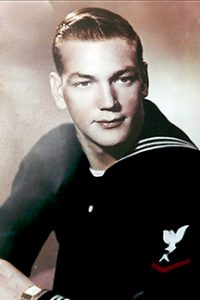 Retired Navy Seal, Mr. Guy Morgan died at the age of 85 at 6:20 p.m. Monday evening June 10, 2019 at the Concordia Health and Rehabilitation Center in Carthage where he was admitted May 9th suffering from declining health associated with dementia.

A sister, Shirley Turner died at the age of 69.

In Calcasieu, Louisiana on December 1, 1983 Mr. Morgan was united in marriage to Carthage native, the former Judy Elaine Leach.

A granddaughter, Rebecca Ann Hailey preceded them in death on April 19, 1999 at the age of 17 from injuries received in an automobile accident.

They were also preceded in death by a daughter, Janice Huntsman who died at the age of 58 on December 31, 2017.

Mr. Morgan served in the Vietnam Conflict and was an underwater munitions expert. He was honorably discharged in San Diego, California with twenty years, three months and ten days of service with one year, six months, and one day spent overseas in military deployment.

After retiring from the military he was employed by Air Corp before retiring in 1991 and he and his wife moved back to Smith County from LaPorte, Texas in 1993. For three years he worked for E.F.P. in Gordonsville before retiring for his last time.

Mr. Morgan was a member of the Northern Virginia Catholic Church.