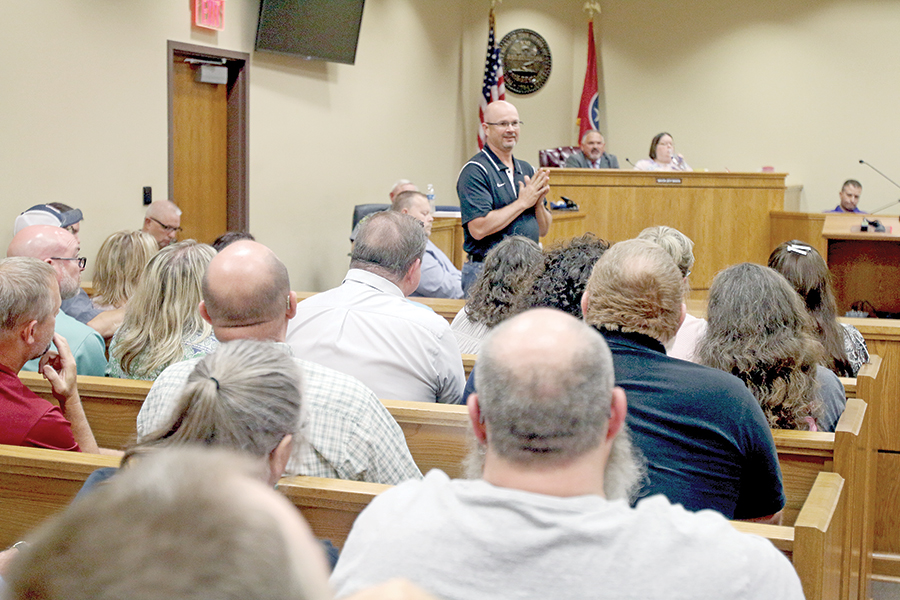 It was a public hearing. And county commissioners heard a lot from the public. An overflow crowd filled the main courtroom at the courts and jail facility for Thursday night’s public hearing on the county’s upcoming 2019-2020 fiscal year budget which included a proposed 59 cent property tax increase. While some residents were critical of local government oversight, others called for budget cuts, demanding the county to live within its means.

By the time the more than two hour meeting was over, many residents had their say before commissioners and newly elected County Mayor Jeff Mason. On most people’s minds was the question of where was the budget oversight leading up to this year’s budget crisis? Secondly, residents called for budget cuts. While county officials say they have cut approximately one million dollars from the proposed budget, it was enough for some residents who went as far as encouraging commissioners to layoff county employees.