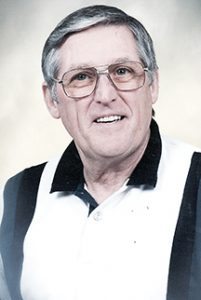 Club Springs Community resident Mr. Mark Baker, died following a battle with cancer at the age of 81 at his Bellar Hollow Road home at 7 p.m. Saturday evening June 29, 2019 with his loving and caring family, many friends and neighbors at his bedside. He was under the special care of Avalon Hospice of Cookeville and they pronounced him deceased at 8:32 p.m.

One of nine children, he was born Marcus Baker in Hyden in Leslie County, Kentucky on March 22, 1938 and was the son of the late Beecher and Mildred Campbell Baker.

After retiring from the Ford Motor Company in Sharonville, Ohio, where he was a tool crib manager, he relocated to Smith County. His retirement was in 1994 after a thirty six year career.

On May 10, 1997 he was united in marriage at the Jared Missionary Baptist Church in the Ditty Hollow to the former Linda Faye Sexton Williams. The ceremony was officiated by Eld. Steven Swords.

He proudly served our country with the United States Army, was a proud American and was a member of the Am Vets Post # 389. On August 30, 1961 he was inducted at Louisville, Kentucky and on August 29, 1963 he was honorably discharged with the rank of Private First Class at Fort Devens, Massachusetts.

The Baker family requests memorials to the Jared Missionary Baptist Church or the AM Vets Post 389 of Carthage.