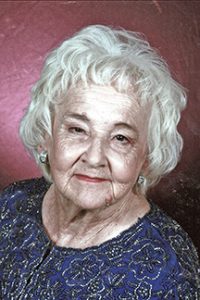 Graveside services and interment were Saturday morning July 13th at 11 a.m. at the Granville Cemetery with Bro. Wallace Caldwell officiating. Burial was beside her husband.

In Kentucky on December 25, 1949 she was united in marriage to Holleman Bend Community native, Lewis C. Jackson. He preceded her in death on November 5, 1993 at the age of 69.

Mrs. Jackson was a 1945 graduate of the Baxter Seminary and received her teaching credentials from the former Tennessee Polytechnic Institute (now Tennessee Technological University) and was a former educator.

Mrs. Jackson was a member of the Chestnut Mound United Methodist Church.