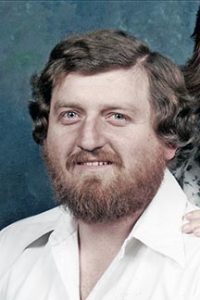 Mr. Mike Dunlap, age 66, of the Stonewall Community died at 3:57 a.m. Sunday morning August 18, 2019 surrounded by family at his Smith Road home following a battle with cancer. He was under the loving care of Kindred Hospice of Cookeville.

Funeral services are scheduled to be conducted Sunday afternoon August 25th at 3 p.m. from the Carthage Chapel of Sanderson Funeral Home. His pastor, Bro. Jamie Duke assisted by Bro. Stan Kaisor, will officiate and following the funeral services Mr. Dunlap will be cremated at Cumberland Family Services in Algood.

The Dunlap family will receive friends at Sanderson in Carthage on Sunday from 1 p.m. until the services at 3 p.m.

Born Henry Michael Dunlap in Maryville in Blount County, Tennessee on July 24, 1953, he was the only child of the late John Henry Dunlap and Thelma Dockery Dunlap.

In Sevierville on May 5, 1979, Mr. Dunlap was united in marriage to the former Jama Rue Holland.

The Dunlap family relocated to Smith County from Seymour in 2007.

Mr. Dunlap was a carpenter and tradesman and was a 1971 graduate of Seymour High School in Sevier County.

He was a member of the New Level Church (formerly the Refuge Family Worship Center) in Carthage.

Mr. Dunlap’s greatest joy in life was being a Pappy to fifteen grandchildren and a great-grandchild.

Surviving in addition to his wife Jama, of over forty five years, are their five children, Linda Dunlap of the Stonewall Community, Michelle Dunlap Walters of Dresden, Tennessee, Aaron Dunlap and wife Alexis of Indianapolis, Indiana, Candi Dunlap Enoch and husband Stephen “Pup” of the Elmwood Community, Megan Dunlap Hix and husband Morgan of the Stonewall Community; fifteen grandchildren and one great-grandchild.

The family requests, if you would like, to make memorials to assist with the funeral expenses.