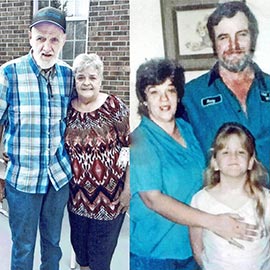 Mr. Rannie Carroll Armstrong better known as R.C. age 72, of the Brush Creek Community of Smith County passed away on Friday August 16, 2019 at his home.

Mr. Armstrong was born May 27, 1947 in Huntsville, Alabama a son of the late Harold Wesley Armstrong and Beatrice Carroll Armstrong. He was also preceded in death by two brothers: Robert Patrick Armstrong and Charles David Armstrong. He was married on August 4, 1969 to Linda Gayle Reed. He attended the Church of Christ as he was growing up and made peace with the Lord in his later years.

Mr. Armstrong was retired from Mid South Wire in Nashville, Tn. after working there for 30 years as a truck driver and crane operator.

Family and friends will gather for a Celebration of Life at the Fiddler’s Grove Veterans Building on Sunday, September 22, 2019 from 2PM until 5PM.