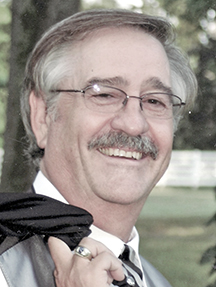 Mr. Dewey Winfree, age 72, of the Hiwassee Community died at 1 p.m. Monday afternoon October 7, 2019 at the Smith County Health and Rehabilitation Center in Carthage where he had been cared for since September 11, 2019.

Born Dewey Estes Winfree in the Hiwassee Community on May 3, 1947, he was one of three sons of the late Crockett Robbins Winfree and Nettie Hortense Pritchett.

On June 23, 2007 at the Hermitage, he was united in marriage to Hartsville native, the former Janie Dianne Gregory. The marriage ceremony was officiated by Judge Andrew Jackson VI.

It was said of him in the annual that “He is a man of splendid abilities” dignified and vigilant and possessed keen mental judgement.

He was a graduate of the University of Tennessee with a Bachelor Degree in Accounting.

Mr. Winfree proudly served our country with the United States Army during the Vietnam Conflict.

He was retired from the Tennessee Department of Revenue with thirty-one years of service and where he was Director of Special Investigations.

Following retirement he enjoyed operating his cattle farm in the Hiwassie Community.

Mr. Winfree was a member of the Knob Springs Missionary Baptist Church in the Hiwassee Community.