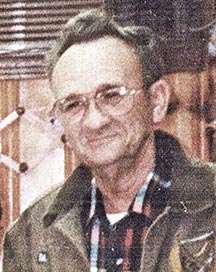 Mr. Fitts was born January 26, 1942 in Lebanon, TN a son of the late Ruby Gordon Fitts and Alta Irene Washer. He was preceded in death by a daughter: Teresa Anderson, Grandson: Thadeus Anderson and a brother James “Red” Fitts.
He was a graduate of Liberty High School, Liberty, TN. He married Lucille Hamlett on January 25, 1964. Joe loved fishing and the outdoors.

Funeral Services for Mr. Fitts are scheduled to be conducted on Monday, November 4, 2019 at 1PM from the Chapel of Avant Funeral Home with Bro. Mike Clayborn officiating. Interment will follow in the New Hope Cemetery.

Visitation with the Fitts family will be at Avant Funeral Home in Alexandria, TN, on Sunday from 1PM until 8PM and on Monday from 10AM until service time at 1PM.
AVANT FUNERAL HOME, DIRECTORS