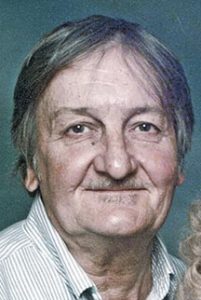 Mr. Maynard was born June 22, 1936 in the Temperance Hall Community of Dekalb County, TN, a son of the late Eddie Lee Maynard and Lorene Mundy Maynard. He married Katie Mae Mangrum on November 19, 1955 and she preceded him in death on June 23, 2007. He was also preceded in death by Daughter; Sherry Ann Maynard, Son; Harold Lee Maynard, Granddaughter; Sara Passage, and Brother; Fred Maynard. Mr. Maynard worked as a welder. He was also a horse trainer and owned DRC Horse Training in Michigan. He was Pentecostal.

Graveside Services and Interment for Mr. Maynard are scheduled to be conducted on Monday, November 4, 2019 at 1PM at the Gordonsville Cemetery with Eld. James Thomas Gibbs officiating.

Visitation with the family will be at the Gordonsville Chapel of Bass Funeral Homes on Monday from 11AM until departure for the cemetery at 12:45PM.